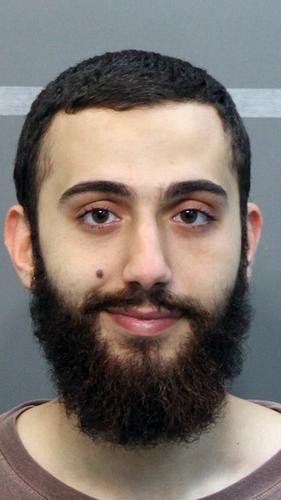 Muhammad Youssef Abdulazeez, shown in an April 2015 booking photo after he was detained for a driving offense, was identified as a  suspect in shootings July 16, 2015, at two military facilities in Chattanooga, Tenn. (Hamilton County sheriff’s office)

uncle of the man who killed four Marines and a sailor in Tennessee has been in custody in Jordan since a day after the attacks on two military sites, a lawyer said Tuesday.

Abed al-Kader Ahmad al-Khateeb told The Associated Press that he was barred from seeing his client and that family members were also prevented from visiting the detainee. Computers and cellphones were taken from the man’s home, but he has not been charged with anything, the attorney said.

Daly Simmons, 26, sits as she prays in front of a makeshift memorial outside the Armed Forces Career Center on July 18, 2015, in Chattanooga, Tenn.

A Jordanian official said Tuesday that he is sure the uncle and “other relevant people” in Jordan were being questioned, but he would not elaborate and or confirm that the uncle was detained. He spoke on condition of anonymity because he was not authorized to discuss the case with the media.

Abdulazeez spent several months in Jordan last year under a mutual agreement with his parents to help him get away from drugs, alcohol and a group of friends they considered to be a bad influence, according to a person close to his family. That person also spoke on condition of anonymity, out of concern it would have business repercussions.

Relatives turned to Jordan after their health insurer refused to approve an in-patient treatment program for Abdulazeez’s addictions to drug and alcohol, the person said.

An FBI spokesman has declined to comment on that information.

Jordan is one of the most Westernized countries in the Middle East, with alcohol sold openly. However, the kingdom has also seen the spread of Islamic militant ideas in recent years, especially following the Arab Spring uprisings of 2011. 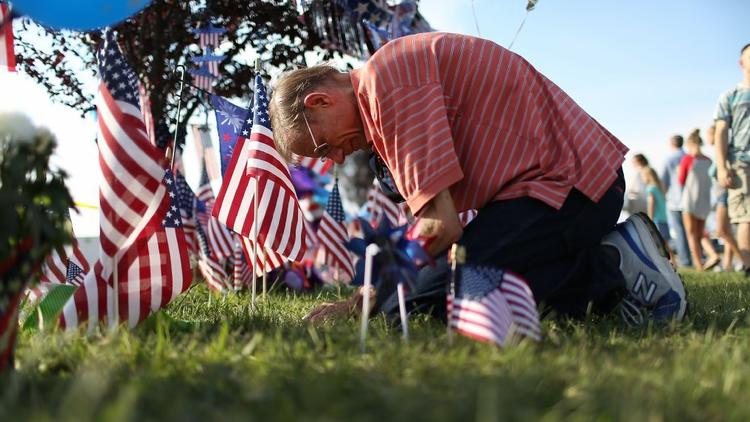 Dennis Clements prays at a memorial July 18, 2015, in front of the Armed Forces Career Center/National Guard Recruitment Office in Chattanooga, Tenn. According to reports, Muhammad Youssef Abdulazeez, 24, opened fire on the military recruiting station July 16 and thendrove to an operational support center operated by the Navy. Four Marines and a Navy sailor were killed.

Abdulazeez stayed with the uncle in Jordan, but only to help him with his small cellphone business, the attorney said. Neither Abdulazeez nor his uncle was religious or belonged to any sort of political organization, al-Khateeb said.

“The uncle is a regular person, he has a company, he is a businessman, he has no relation with any militant group or organization,” al-Khateeb said. “He cares about his work and his family, and Muhammad is just his relative, the son of his sister. That’s it.”

Al-Khateeb is a prominent attorney and member of the Freedom Committee of the Muslim Brotherhood, the oldest and largest opposition group in Jordan. The Brotherhood is part of a regional movement of the same name. In Jordan, it has distanced itself from the Islamic State extremist group.

In the U.S., authorities are struggling to understand Abdulazeez’s motive. Investigators have described their search as a domestic terrorism probe.

According to a U.S. official familiar with the probe, investigators have found writings from Abdulazeez that reference Anwar al-Awlaki, a U.S.-born cleric who encouraged and inspired attacks on the homeland and was killed in a U.S. drone strike in September 2011. The official was not authorized to discuss by name an ongoing investigation and spoke on condition of anonymity.

However, investigators have said they have not found evidence that Abdulazeez was specifically directed by someone to carry out the attacks.

The FBI also has found other writings, from late 2013, not long after Abdulazeez was fired from a power plant job because of what a federal official has said was a failed drug test, a person close to the family said, speaking on condition of anonymity to avoid business repercussions.

On a few loose sheets of paper found in the family home, Abdulazeez, clearly depressed, wrote that he was a failure and his life was worthless, said the person, who spoke on condition of anonymity to avoid business repercussions. 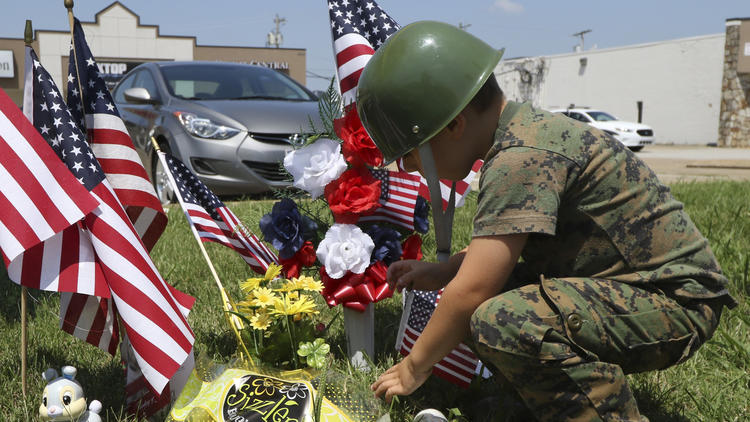 Eli Arnold, 5, places a small flag at a makeshift memorial July 17, 2015, in front of the Armed Forces Career Center off of Lee Highway in Chattanooga, Tenn. A gunman unleashed a barrage of fire at a recruiting center and another U.S. military site a few miles apart in Chattanooga on July 16.

The person said these writings were described to him by the family, and that he hasn’t read them himself. The family was not aware of them before authorities found them, the person added.

Many who knew Abdulazeez have described a clean-cut high school wrestler who graduated from college with an engineering degree and attended a local mosque.

“Everything seemed fine. He was normal. He was telling me work was going great,” said one of the friends, Ahmed Saleen Islam, 26, who knew Abdulazeez through the Islamic Society of Greater Chattanooga and saw him at the mosque two or three nights before the attacks.

But the person close to the family talked about a darker side.

Abdulazeez was first treated by a child psychiatrist for depression when he was 12 or 13 years old.

The family does not know if Abdulazeez ever received a specific mental health diagnosis, the person said. He clearly suffered episodes of depression and sometimes went for days without sleep while he was out partying with friends. But that behavior could have been connected to Abdulazeez’s drug abuse, the person said.

Abdulazeez also was heavily in debt because he could not hold down a steady job and talked with his family about declaring bankruptcy, the person said. 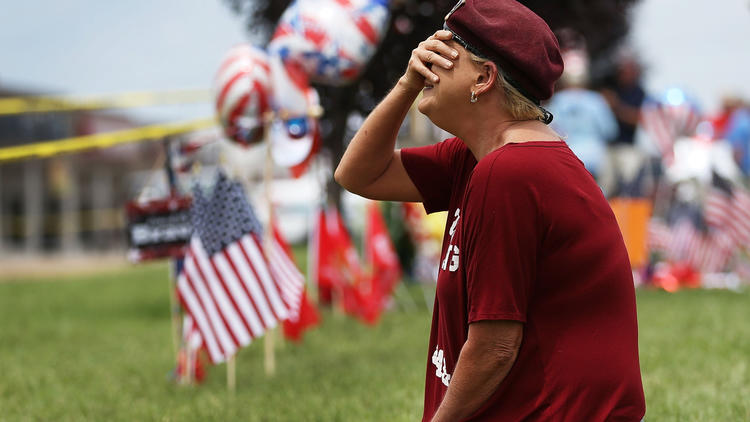 Laurie Norman is overcome with emotion July 17, 2015, as she pays her respects to those killed while visiting a memorial placed in front of the Armed Forces Career Center in Chattanooga, Tenn. A gunman sprayed the center with gunfire July 16.

Court records point to a volatile family life. His mother filed for divorce in 2009 and accused her husband of sexually assaulting her and abusing their children. She later agreed to reconcile.

Recently, Abdulazeez had begun working the night shift at a manufacturing plant and was taking medication to help with problems sleeping in the daytime, the person said, and he had a prescription for muscle relaxants because of a back problem.

Abdulazeez was arrested on a charge of driving under the influence April 20. He told a Chattanooga police officer he was with friends who had been smoking marijuana. The report said Abdulazeez, who had white powder on his nose when he was stopped, told the officer he also had sniffed powdered caffeine.

The arrest was “important” because Abdulazeez was deeply embarrassed and seemed to sink further into depression following the episode, the person said. Some close relatives learned of the charge only days before the shooting.

The family believes his personal struggles could be at the heart of last week’s killings, the person close to them said.