Both officers, who work in the uniform patrol division, were placed on administrative leave Tuesday morning, police said.

The U.S. attorney’s office, the FBI and state police also will be involved, he said. Edwards said he has “very serious concerns” after having watched a cell phone video of the shooting.

“The video is disturbing to say the least,” he said. He said officials agreed there should be an independent investigation. “There should be no doubt in anybody’s mind that this incident is going to be investigated impartially and thoroughly,” the governor said.

Edwards said he expressed his condolences Wednesday to Sterling’s family, speaking on the phone with his aunt.

The graphic video shows a deadly encounter outside a convenience store.

Two police officers pin down Alton Sterling, a 37-year-old black man, then shoot him as he lies on the ground.

Baton Rouge, Louisiana, police say they came to the scene early Tuesday after an anonymous 911 caller reported a man threatening him with a gun.

Accounts of what happened next depend on whom you ask. Sterling is dead. Authorities are investigating. And the president of the NAACP’s local branch is calling for the city’s police chief and mayor to resign.

“I think that the city is going to have to give us some good answers,” Jordan, who is also a Louisiana state legislator, told CNN. “And I don’t know if they’ll be able to. “Sterling’s family, he said, has seen the video of the shooting.

“(They) are taking it hard right now … overwhelmed with grief,” he said.

The 48-second video appears to be cell phone footage recorded by a witness inside a nearby car. It begins with the camera facing a car dashboard. A single pop is heard. Then someone yells, “Get on the ground.” Another pop follows.

A video showing a deadly encounter outside a convenience store in Baton Rouge, Louisiana, has sparked national outrage. Police officers pin down Alton Sterling, a 37-year-old black man, then shoot him as he lies on the ground.

Are there other videos?

Baton Rouge police told CNN that detectives will review the cell phone video. The police chief and mayor are scheduled to speak about the case at a press conference at noon ET Wednesday.

Police officials say the video was not sent to the department but was released to the media and posted online.

Police have said the officers involved have been placed on administrative leave, a standard practice following an officer-involved shooting. The owner of the convenience store where Sterling was killed said he’s sure the shooting was caught on his store’s surveillance cameras, though he hasn’t seen it. Police took the video later Tuesday, he told CNN.

What about body cameras?

State Rep. C. Denise Marcelle, who said the police chief briefed her, told CNN affiliate WAFB-TVthat the officers were wearing body cameras, but the cameras fell off during the struggle and did not capture the shooting.

Sterling was known as the “CD man,” a laid-back guy who would sell tunes and DVDs outside the convenience store where he was shot, according to local media.

“Alton was a respected man. He was beloved in the community. He did not deserve the treatment and this excessive force that was exerted on him by the police department,” Jordan, his attorney, told CNN.

Now Sterling’s family is “grieving and mourning for an unnecessary loss of life,” the attorney said.

“Alton was out there selling CDs, trying to make a living. He was doing it with the permission of the store owner, so he wasn’t trespassing or anything like that. He wasn’t involved in any criminal conduct,” Jordan said.

Muflahi let him sell CDs in front of the store. He said Sterling never got into fights.

Muflahi said he saw the officers slam Sterling on a car. “They told him not to move,” he said. “He was asking them what he did wrong.”

He said the officers then used a stun gun on Sterling at least once before shooting.

Both got on top of him, and one ordered him not to move. The one closest to Sterling’s legs yelled “gun,” and the shots followed.

“Just five minutes before that he walked into the store getting something to drink, joking around, calling each other names.”

After the shooting, Muflahi said an officer reached into Sterling’s pocket and pulled out a gun.

When it was over, Muflahi said he heard the officers talking on the scene, saying they had been called there due to a complaint that Sterling had pulled a gun on someone.

But Muflahi said he never saw a confrontation between Sterling and anyone. And he wasn’t aware of any incident about which someone would have called.

“Just five minutes before,” Muflahi said, “he walked into the store getting something to drink, joking around, (and we were) calling each other names.”

‘He was handled unjustly’

At a press conference Wednesday, the president of the NAACP’s branch in Baton Rouge called for the city’s police chief and mayor to resign in the wake of the shooting.

“We’re actually here today to speak to the culture of the Baton Rouge Police Department. This incident is only one incident in many,” Michael McClanahan told reporters. “What we’re going to do is root out the 1% of bad police officers that go around being the judge, the jury and executioner of innocent people, period, but more specifically, innocent black lives.”

The officers involved should be held accountable, McClanahan said.

“I’m calling on anybody in this city with any backbone to go and arrest those two officers,” he said. “If the system will work for anybody, let it work for them, too.”

Quinyetta McMillon, the mother of one of Sterling’s children, teared up as she discussed the shooting video. Her 15-year-old son stood beside her, sobbing.

“The individuals involved in his murder took away a man with children who depended upon their daddy on a daily basis. … As this video has been shared across the world, you will see with your own eyes how he was handled unjustly and killed without regard for the lives that he helped raise,” she said.

McMillon vowed to join fellow citizens of Baton Rouge in making sure those responsible are held accountable. “I, for one, will not rest,” she said, “and will not allow ya’ll to sweep him in the dirt.”

Cause of death: ‘Multiple gunshot wounds’

A preliminary autopsy found Sterling’s cause of death was from “multiple gunshot wounds to the chest and back,” East Baton Rouge Parish Coroner William “Beau” Clark told CNN on Wednesday.

He declined to provide additional details about how many gunshot wounds Sterling sustained.

A full autopsy will be completed over the next 60 to 90 days, Clark said, pending toxicology results.

The report then will be handed over to law enforcement, he said.

‘We ain’t running from this’

Protesters took to the streets in Baton Rouge near where Sterling was killed after news of his death spread.

Members of Sterling’s family were among them, Jordan told CNN.

“Pretty much everybody who knows him knows he’s a sweet person,” his sister, Mignon Chambers, told CNN affiliate WVLA-TV.

“It wasn’t right, and something needs to be done.”The protests were largely peaceful, according to local media.

Some streets were shut down, a few individuals spoke and those on the scene mostly played music and chanted. 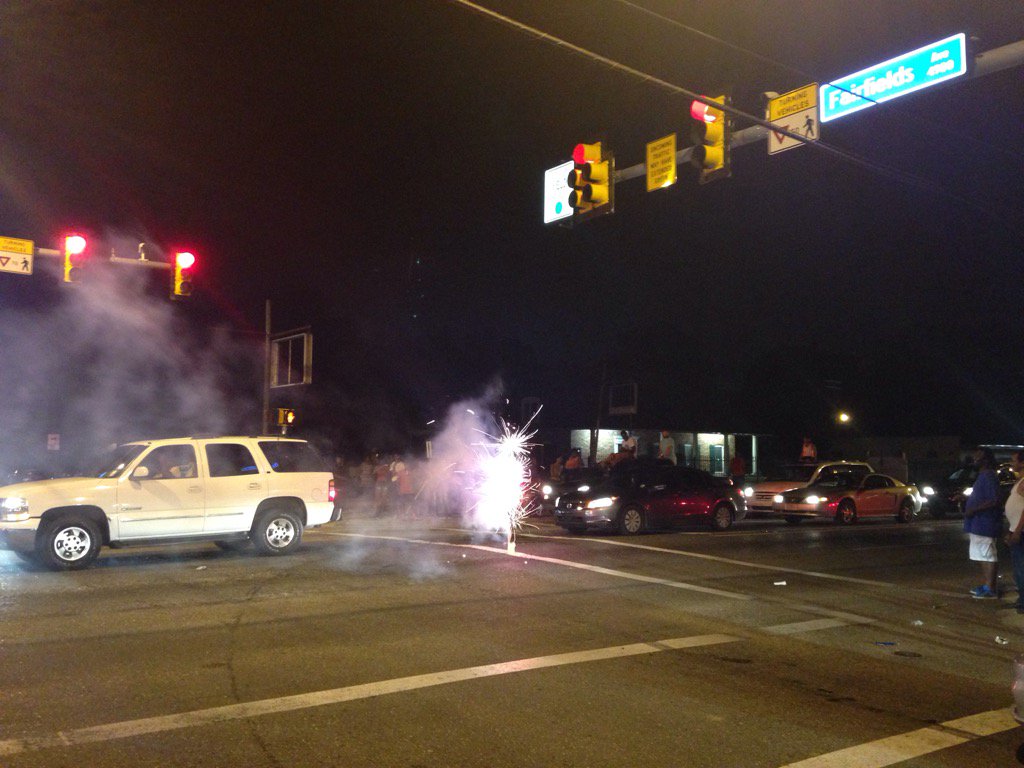 U.S. Rep. Cedric Richmond said in a statement that he will call on the U.S. Justice Department to investigate. 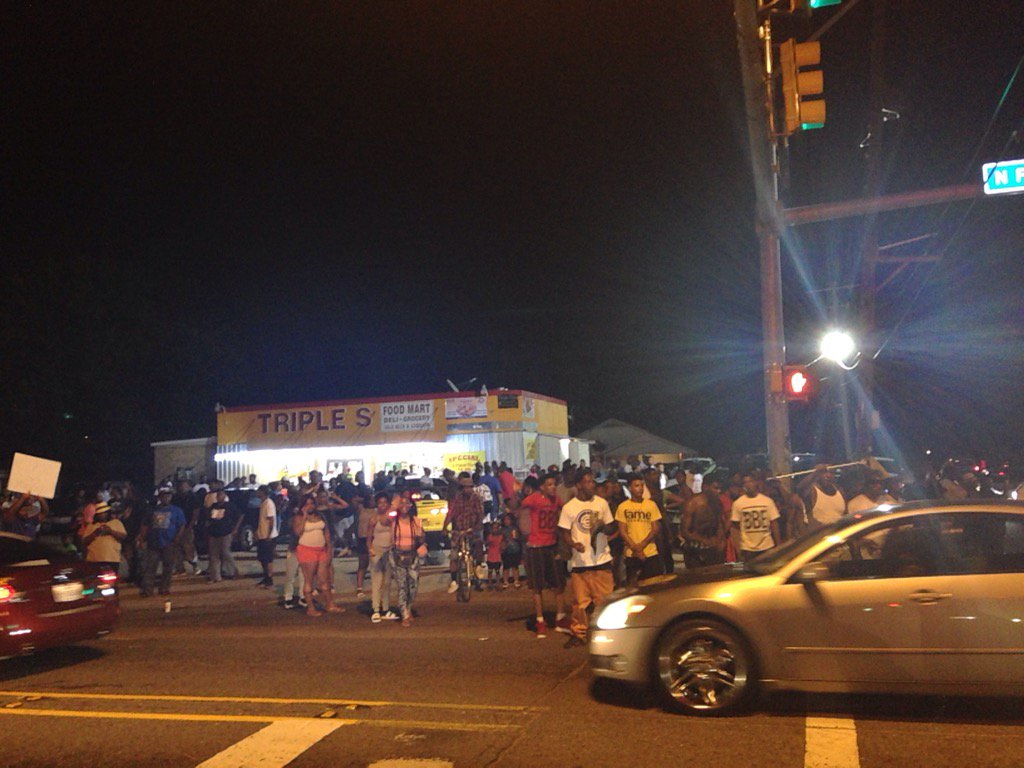 “The video footage released today of the shooting of Alton Sterling by officers of the Baton Rouge Police Department was deeply troubling and has understandably evoked strong emotion and anger in our community,” Richmond said.